This page will get you up and running with Allzpark in less than 2 minutes.

The below commands will install Allzpark and its dependencies, including Rez.

Skip the --clean flag to preserve preferences, such as window layout, between runs.

If everything went well, you should now be presented with this! 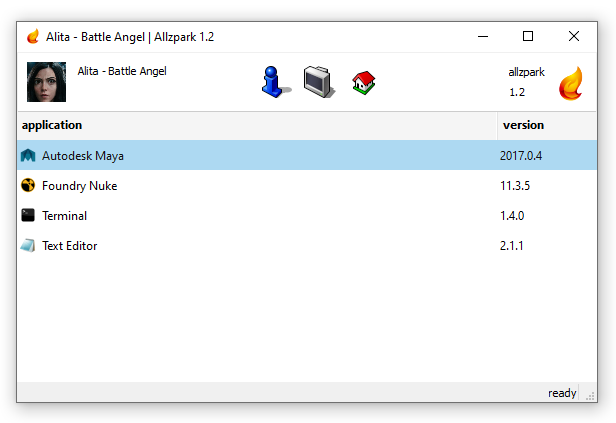 From here, try launching your favourite application, navigate the interface and make yourself at home. Then have a look at these to learn more.

Note that the applications provided are examples and may not work as-is on your system.